A Prayer on Transgender Day of Remembrance

November 20 is a painful, but necessary day. It marks the annual Transgender Day of Remembrance. The day is used to remember the transgender and gender non-conforming individuals who are no longer with us due to acts of violence.

Founded in 1999 by transgender activist Gwendolyn Ann Smith, the day honored the memory of Rita Hester, murdered the year before. Gwendolyn later explained:

“Transgender Day of Remembrance seeks to highlight the losses we face due to anti-transgender bigotry and violence. I am no stranger to the need to fight for our rights, and the right to simply exist is first and foremost. With so many seeking to erase transgender people — sometimes in the most brutal ways possible — it is vitally important that those we lose are remembered, and that we continue to fight for justice.”

I encourage everyone reading this to join me in praying for all 34 individuals, and those whose names may be unknown, who have been killed this year. Additionally, I will be praying for the violence to stop. Trying to live an honest life by presenting as one’s authentic gender should not open one up to violence and possibly death. 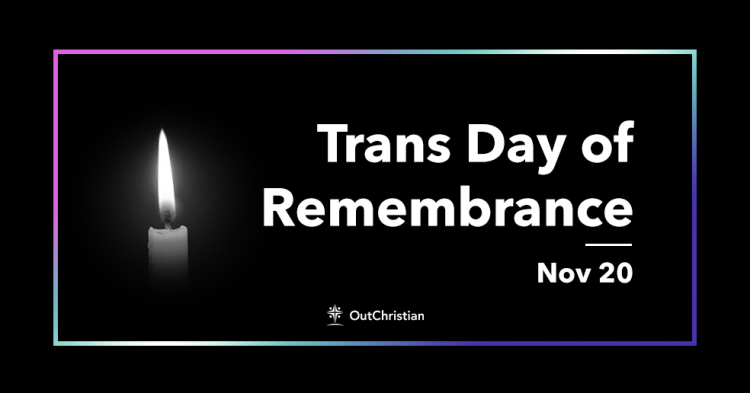